Saw this vintage cruiser bike locked to a pole in the rain.   Something about it made it seem like a very old bike, maybe even a vintage treasure.  I suspect that to it's current owner it's a BSO to get them around town until it rusts away.  Couldn't find much about them except the name has been around for a long time (1890's) although I'm not certain that it's all the same company. 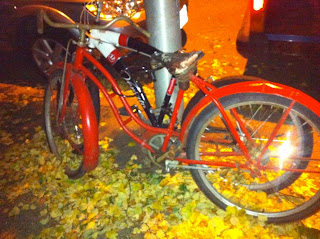 Very full coverage fenders- cover at least 180 degrees of the wheel front and back. 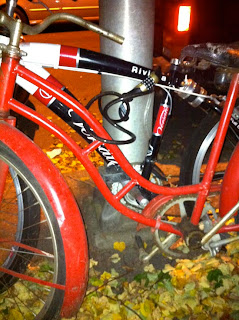 Odd "stays" on either side of the headtube down to the front axle-  anyone have any idea what they're for? They have a graceful curve 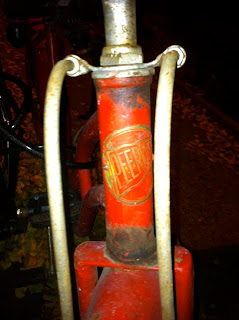 The handlebars also have a nice sweep to them- although they need grips. 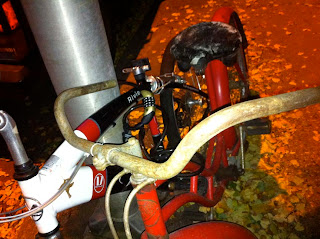 I hope that it's not just going to be abandoned on a curb all winter, because it looks like a bike that deserves better.
Posted by cycler at 8:57 AM