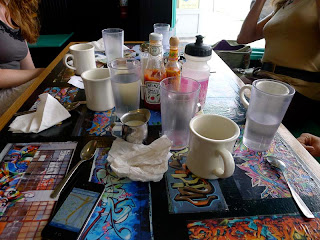 Had a lot of fun at the brunch on Sunday-  It was a small-ish group, but we took over a booth and had a great time chatting about the latest in various bike projects around town.  You know you're a transpo geek when you pull out your phone to look up on the map the intersections people are discussing, and when people then make suggestions for best routes from point to point. 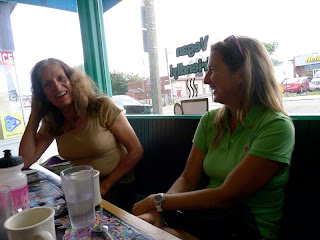 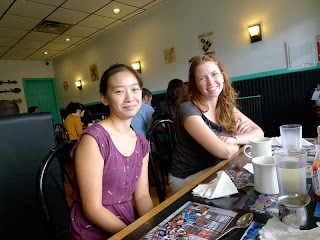 After brunch, we stood around and chatted about bikes: 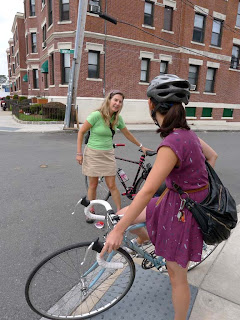 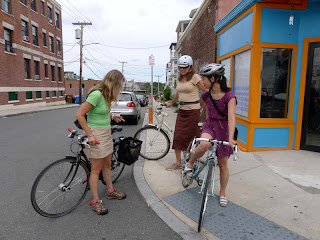 L--  has a cool light-string setup that wraps around the frame and adds extra visibility to the bike from the side.   It looks cool, but I'm afraid messing with the batteries would be too much work for me, so I'll stick with the reflective sidewalls and flashing pedals. 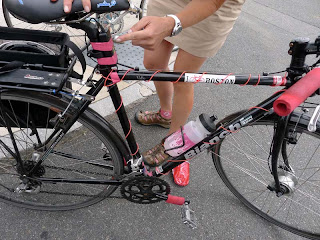 Rode back with A---  and she showed me a new route out of Allston, which if I've taken before, it's been so long that I forgot about it,  which was on Everett Street over the pike, which was perfect as I was headed to Watertown, but would also be pretty good for heading back into Harvard Sq.

On the way back into Cambridge I took the river path, and the street closure "cyclovia" was in full swing: 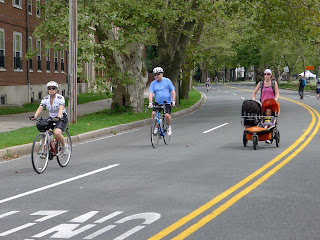 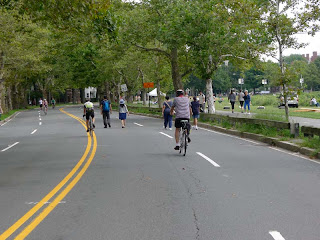 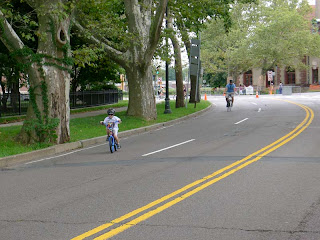 In a change from normal, there were lawn games, sponsored I think by the Charles River Conservancy 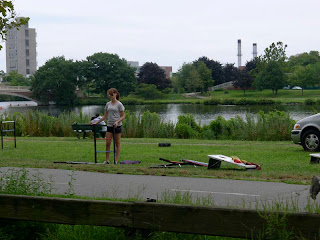 They weren't getting a ton of attention, but it was a little cool and overcast, and it was around lunchtime, so it might have been more busy later. 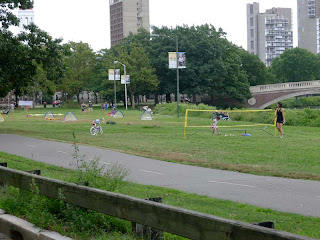 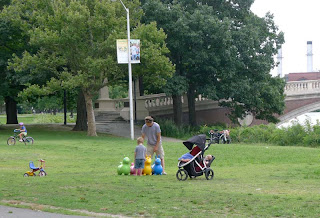