ThisOn the theory that late is better than never,  I have some pictures of the tweed ride.
The weather despite being awful and muggy in the morning,  turned out to be a bit warm (especially for wearing wool), but surprisingly fine.
I met a lot of kindred spirits, and a good time was had by all.  Lots of pedestrians, especially on Newbury street wanted to know "what are you riding for?" I tried to answer a couple of them with an explanation about vintage bikes and vintage clothes and british three speed clubs,  but I finally gave up and started saying  "for fun!" 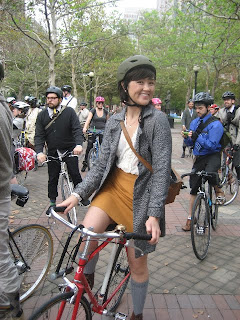 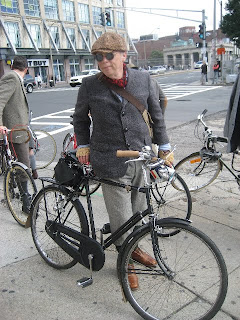 This gentleman's bike was from the late 1940's 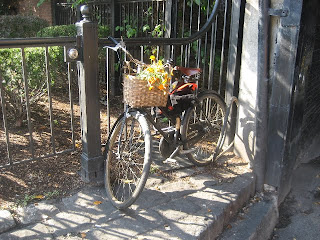 This bike, also very old , was dressed up with a corsage for the occasion 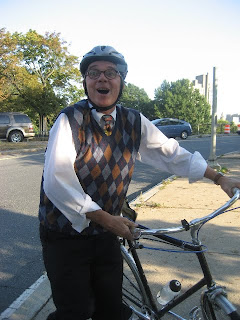 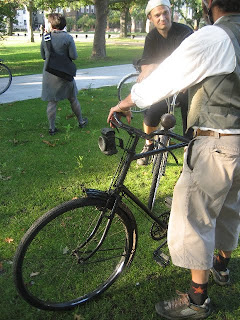 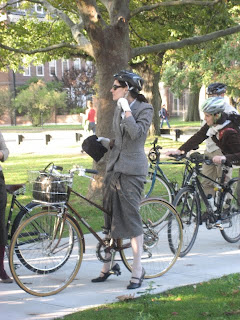 This woman won the "best dressed lass" competition.  I spoke to her and she had taken in a thrift store suit to give it a great nipped waist.  I wish I was such an able seamstress. 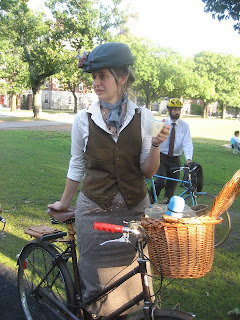 Check out this cool helmet cover, made from stretchy mesh with some feather attachments.  Weak rum toddy in the thermos-  her basket had a great cover too.