I didn't actually ride the Hub on Wheels this year,  but instead I volunteered at the Livable Streets Alliance booth for part of the morning.

It was a nice chance to talk to a lot of people about bikes and sidewalks and infrastructure.  There was one guy who asked me for the "elevator pitch"  and I'm afraid I hemmed and hawed too much for his taste, because he walked off before I could get very far.  "Wisdom of the staircase"  provided me with the perfect quote, too late:

I hear this quote a lot in livable streets circles,  and I believe that it's originator was Fred Kent, of the Project for Public spaces  Whomever said it first,  it neatly encapsulates what livable streets is all about: designing streets for people.  I really believe that in focusing on that, and how appealing that idea is will get us a lot further as a community than talking about the specifics of bike lane advocacy or sidewalk widths which devolve quickly into a zero sum game with parking and travel lane width, with a potential for backlash.  But when the use of public space is rephrased into a choice between a park with a food cart and tables vs a parking lot, it becomes a much easier sell.  Next time I "table" I'll know how to lead off my pitch.

Mostly it was a fun chance to hang out and people (and bike watch)   I didn't get to take specific crushworthy bike photos,  but these give a general idea of the crowd. 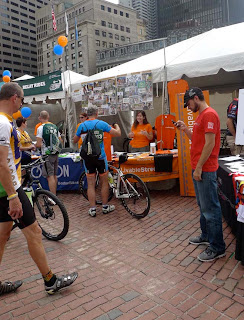 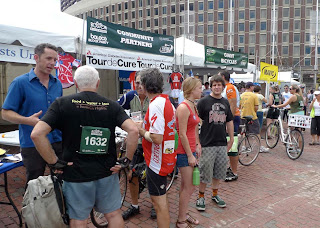 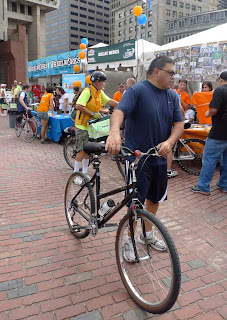 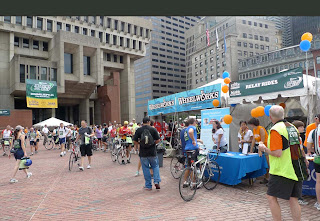 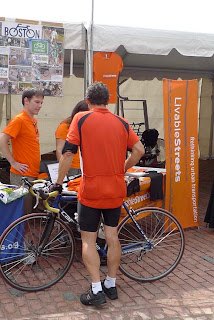 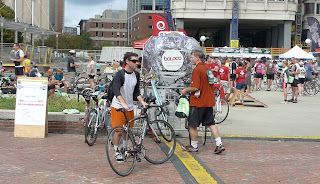 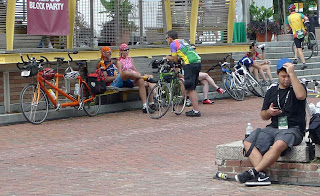