I ran out of work just to grab a soda, and found this fabulous bike parked outside!  I ran back upstairs and grabbed my phone to take pictures, hoping it would still be there.   The photos aren't great, but it was such a fabulously unique bike, that I just have to share.   One of my coworkers and I were drooling over all the funky details, when the owner arrived and informed us that it was a 1944 Swiss Military bike (pointing out the cross and date on the seattube..  I'm still kicking myself for not taking pictures of him with the bike, or even a good overall shot of the bike.  I got lots of detail shots, because the bike had all kinds of funky details:  Like this rear reflector with keyhole shaped plate below-  I'm guessing it's for hanging the bike or attaching it to a rack 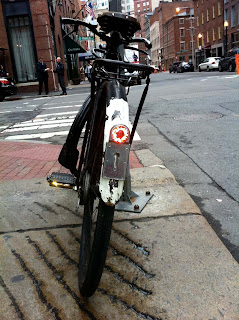 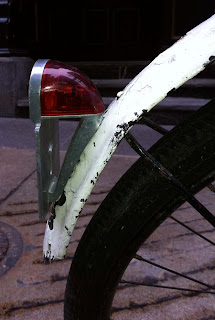 Or this incredibly cool bag, designed to fit between the seat tube and the fender: 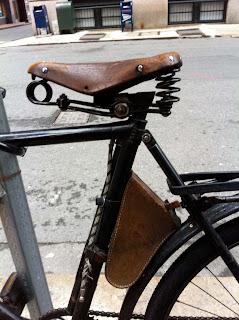 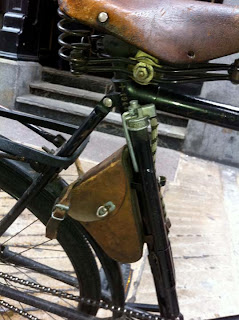 The braking system was, um, ideosyncratic,  with a rear hub brake,  and a front brake that relies on pushing a pad down on the tire!  The owner said it didn't work- just made a burning rubber smell. 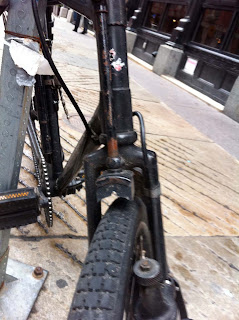 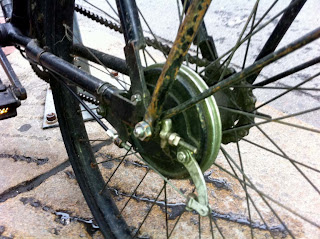 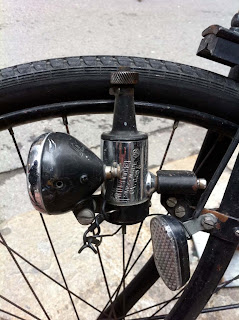 An oil port in the BB.  You can see that the crank, the BB lockrings, and most of the other chromed parts had been painted out to create a "Blackout" bike, suitable for using during a bombing blackout. 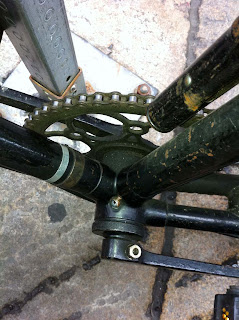 The rim has a very unusual spoke hole alignment- not linear, but offset.  I couldn't be certain what size the wheels were, but I think they may have been 28" 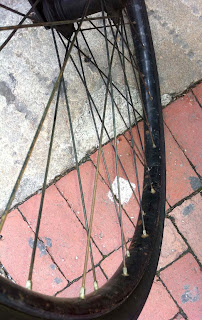 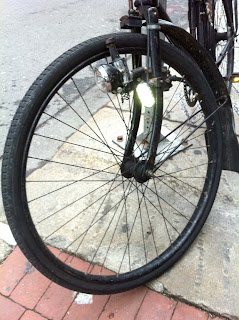 A closeup of the seat cluster, shows the Swiss Cross, and the date (and the funky seat post!) 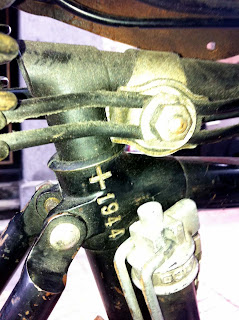 It's a single speed (which would be tough with a 50lb bike in the mountains) and I love the bubbly chain ring! 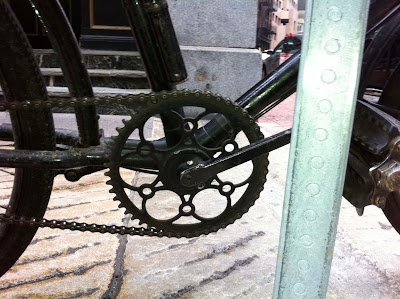 It's amazing to me that this bike is still in service after all these years, casually locked outside a restaurant where the owner was eating lunch.  We are so lucky in Boston to have so many of these cool bikes around!
Posted by cycler at 6:20 PM