The Scientist mostly does "go-fast" biking lately, although he had a long history of biking for transportation in his penniless graduate student days.  Now that he's a fully grown up Scientist,  he often has a lot of stuff to carry back and forth,  but he's resistant to cluttering up his bike with a rack and pannier system.  So for his birthday I got him an enormous messenger bag. 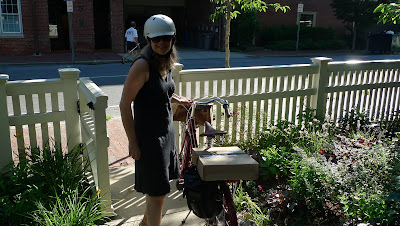 The Scientist and I both started off on our bikes at the same time yesterday morning,  with him trying out his new bag for the first time on the bike.  You can't see in the photo, but it's UT burnt orange. 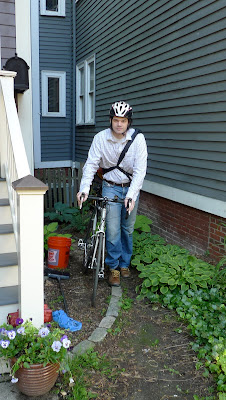 Our paths diverged almost immediately with him striking out through the heart of Central square,  and me detouring off to the quieter side streets.
In the evening I was running errands on my way home when he called me.  He was at my office, having decided to bike in to surprise me and take me on a bike date!   We decided to rendezvous in Cambridge and get a cup of fancy coffee at Voltage,  but they were closed by the time we got there.  At this point we needed to be home to let the small brown dog out, so we decided to try again another day.
In the meantime, we made ourselves an Indian feast!   The genesis of this was mostly practical- had a lot of stuff in the fridge that needed clearing out, so I made waaay too much food,  and then because it was so tasty, we ate waaaay too much.
I am just learning to make Indian food really, and I highly recommend the cookbook I'm using- "Curried Flavors"  The recipes are simplified a bit for the western pantry but seem very authentic in flavor,  and everything (or the 7 or 8) things I've tried has been fantastic. 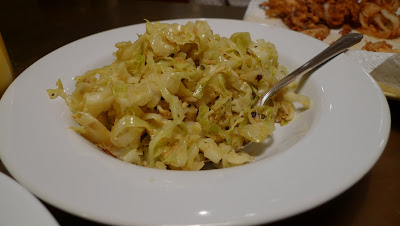 Cabbage Thoren-  this may be the best cabbage dish I've ever made, and I'm a cabbage fan in general. 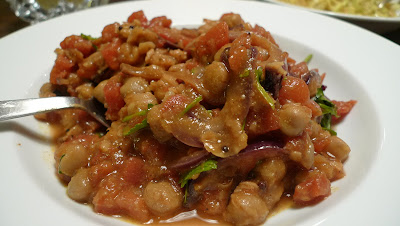 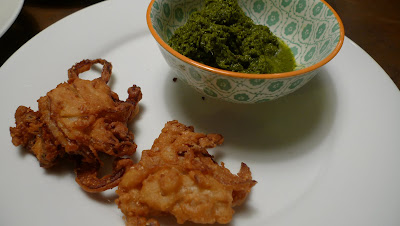 Onion Bhaji with home-made cilantro chutney.
So even if we didn't get a bike date, we had a pretty good evening.
Posted by cycler at 4:42 PM