We got home a little late tonight from a trip to Eastern Clothing. 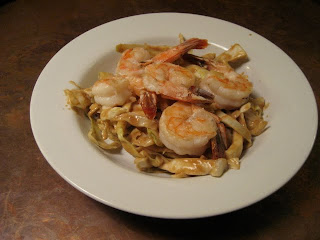 The Scientist is 6'5" and has a hard time finding dress clothes that are Tall but not "Big"
About 3/4 through a frustrating visit a couple of weeks ago to what seemed like every place that sells suits in the Boston area , a saleswoman took pity on us and suggested Eastern Clothing.
Tucked away in a mostly residential neighborhood in Watertown, in an unassuming brick warehouse, is a place that's probably sold a suit to every pro athlete in the Boston area.  They specialize in "athletic cut" (aka, not fat) tall suits, and sell suits as separates, so that if your shoulders say you need a 54, but your waist is a 36, they can fit you.  Their collection of autographed sports memorabilia is probably worth the trip alone.  I picked up a baseball nestled in the extra long ties, and it had the following signatures: Noma Garciaparra, Trot Nixton,  Manny Ramirez and Pedro Martinez.  Most people would have that ball in a glass case;  here it was lying amongst the ties.

ANYWAY.  We got home late after picking up the altered suit, and I surveyed the fridge:
Half a cabbage, shredded.  Some hot dogs (for our dog who prefers his antibiotics when they're delivered in a salty meaty package). miscellaneous condiments.

I checked the freezer, where I noted a package of frozen shrimp.  It was time for Peanut slaw!

Peanut slaw is something that I think I invented, at least I've never seen a recipe for it.  I had a really memorable asian slaw at a restaurant with pickled sushi ginger, and rice vinegar.  I had a regular rotation dish based on a Moosewood recipe called "baby tree" that was broccoli in a peanut sauce.  I did a bit of low carb dieting, and somehow I combined the two-  a spicy asian inflected peanut sauce, stirred into cabbage hot so the cabbage would soften, topped with sauteed shrimp.

It's strikingly like Pad Thai- especially if you top it with cilantro and chopped peanuts, but as I said, it was getting late, and the Scientist was anxious to check out the NCAA games.  15 minutes later, we were enjoying dinner.  I know it sounds weird, but it's really tasty, delicious, and reheats well, and the ingredients are long lasting pantry staples.  Like many of the recipes that are in my rotation, it's not a precise recipe- more a season to taste thing- but here's my best approximation.

Make the peanut sauce:
Saute garlic, ginger and red pepper flakes in a bit of oil in a saucepan until the garlic seems cooked.
Add the peanut butter, vinegar, soy sauce and sugar, and add enough water to thin to about the consistency of pancake batter (I've found the amount of water depends a lot on what kind of peanut butter you use).  Let it come to a simmer, stirring when you think of it.

Cook the shrimp- about 2 minutes a side in the heated saute pan with a bit of oil, or until pink.

Bring the peanut sauce to a hard boil, pour it over the cabbage and stir it in well.  Sometimes I run it all through the microwave for  3-5  minutes to wilt the cabbage a bit more.  Depends if you want it more "slaw" like or more "noodle" like.  Serve,  topped with shrimp (chopped peanuts and cilantro if you're ambitious).
This has become a catchall during CSA shoulder season -it's good with Daikon radish, turnips, broccoli, carrots, mustard greens or all of the above stirred in.    I'm  of the opinion that peanut butter is a universal solvent- everything tastes better with more peanut butter, but the combo of sweet, salty, sour and umami is  hard to resist!
Posted by cycler at 10:00 PM